If you're looking for all you can eat caviar, crab legs, champagne and more, you'll gladly drop $85 a person here. 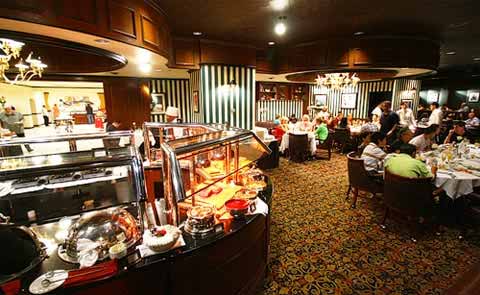 There are a ton of buffets in Vegas, but we have the real deal on which buffets are the best in Vegas.

When a buffet is just called "The Buffet" you know exactly what you're getting into. And when they are at the some of the fanciest hotels on the Las Vegas Strip, they don't need anything more than a simple name to attract crowds. And crowds is what you can expect at these popular Las Vegas buffets.

Feast your eyes on all the endless options and the Las Vegas locals that gather at this off the Strip buffet. 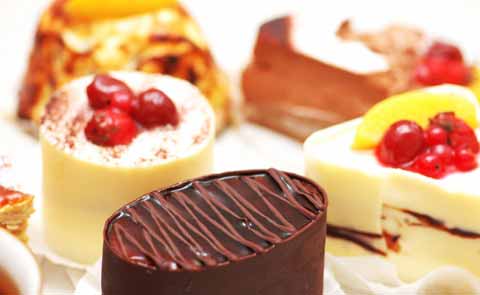 Why have breakfast or lunch when you can eat more food than both combined at a Vegas buffet?

When you're looking for buffets in Las Vegas with a good brunch menu, you'll surely have a wide array to choose from, but some stand out more than others. These Las Vegas buffets are both in popular hotels on the Strip. They get a lot of traffic and the food stays fresh, especially during brunch-time.

Buffets in Vegas are about as common as casinos in Las Vegas, but the best Buffets in Vegas are much more appetizing and the odds of you going home satisfied are much, much greater. And who doesn't like the best odds when you're in Vegas? Much like the infamous casinos, travelers flock to the nearby Vegas buffets and keep coming back time and again. There are some really good buffets in Vegas, but there are some really average Vegas buffets, too. Thankfully, Cheapo Vegas can help you avoid picking a dud. A good  - errr, GREAT - Las Vegas buffet is the sign of a quality casino nearby anyways, so you may be in for two home runs in one trip. Use Casino Boy's helpful links below to sort out every meal in Las Vegas ...

Buffets in Vegas seem to be making a comeback, especially with the opening of the Bacchanal Buffet at Caesars Palace. We get it. You can still say you ate at the Bellagio without having to sacrifice all of your money to the man and you're still getting portions that won't send you away hungry. Las Vegas Buffets are the obvious choice for dining due to their pricing and selection. Vegas is all about excess, even the excess pounds you gain at the buffets.

People go to Las Vegas Buffets because there's always a variety, but from buffet to buffet, there's also a wide price range. If you're eating at one of the upscale Las Vegas Buffets, you're obviously going to be paying more, even if you're getting the same food. Some of them will just have better quality, service or unique or specialized menu items.

If you're looking for cheap buffets Las Vegas has those too. Going during the day will make your meal cheaper, so go try a Vegas lunch buffet if you really want to eat cheap because really,the dinner menu is probably not too different.

Whether you decide on a buffet on the Las Vegas Strip or want to dine at a local joint with the less-touristy bunch, there are buffets high and low that will meet your needs and satisfy your hunger. Many times, a buffet is sitting right under your nose in Vegas, just make sure it's one of the good ones.