7 Costumes for a Wild Halloween in Las Vegas 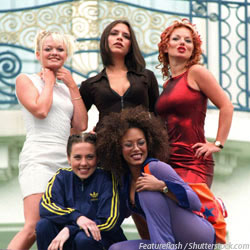 What better way to avoid responsibility for your Sin City actions than to dress up as someone else for Halloween in Las Vegas? Casino Boy isn't saying you should use Halloween as an excuse to act a fool (yes he is), but you can't stay in Las Vegas for Halloween and not make at least a small effort on a good costume. Plus, there is plenty of money to be had in Las Vegas for donning the best Halloween costume.

Casino Boy wants to help you figure out the biggest question of all: who will you dress up as for Halloween in Las Vegas. Point the finger of blame for your Sin City romp at someone more famous than you with these 7 Las Vegas Halloween costume ideas.

Halloween in Las Vegas this year is sure to be a blast that you probably won't remember. So have some peace of mind and dress up as someone else who you can blame for the inevitable mistakes good times you'll have this October!